Dr.Vijay in and as Dasavathar

A meet..
Bloggers meet..
Chennai Bloggers meet..
Deepak Raghuram initiated it.
Everyone were invited.
Finally,10 attended it.
Gathered around 3 PM.
Heavenly climate.
Including the mercy of Rain Lord.
Joy was unlimited.
Kaapi was kissed by four lips.
Long QQQQ,,,, Awaits.
Meanwhile mini Samosas were murdered by mouths.
No one took lift to reach the Nine Story, Light House.
Over 150 calories were burnt by each one :).

Pics were taken all around.
Quenched with the beauty of Chennai, we returned down.
Regal 5 went to museum.
Small discussion were made regarding the future meets.
Tata's were exchanged,
Uma madam and her family left for the day.
Virtual citizens and other citizens marched towards the beach.
Welcomed by the waves.
Xtra-ordinary evening it was.
Yelled by the sea waves, we jelled well at the beach.
Zipping with these wonderful memories and switching off from the light house. 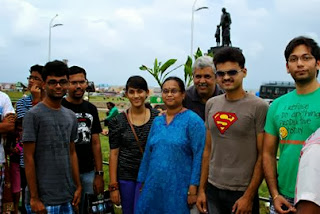 This is going to be a story of three peoples and three fishes life in Japan. Let’s see how their journey crosses and what happened after that.

Small synopsis of San Sakana Life:
The female fish is the doctor fish of Japanese origin, which is used for pedicure treatment. The Male fish the murrel fish of Indian origin. Due to increase in popularity of Asthma treatment, Japanese Govt decide to buy some species of murrel fish so that they can start the treatment here itself. Both of them grew in the same waterbody, where they started loving each other. After long struggle they got married and gave birth to a young one. They lived very happily enjoying their life. Few months passed, suddenly the child fish got affected by a disease. They consulted the doctor, he said one operation is required which is very costly. Both of them did OT everyday and started saving money for the operation.

Small synopsis of San Nin Life:
The man is a business man who owns a small chemical industry near that water body. They do lead a happy and peaceful life for the past 7 years. Suddenly double disaster in his life. His wife got affected by a skin disease and his son got affected by asthma. He consulted the doctor and he suggested the treatment. He also added that I will cost high. He doesnt know what to do. In order to collect the amount, he started taking bulk orders.

Now their journey began to cross each other. Both the fishes are very good at their profession. Their manager’s called them and explained them about the patients. @Asthma centre the management said to the murrel fish, “If you complete this assignment successfuly you will get ransom amount which will help yur sons operation”. They also said you will overdosed with medicine and you need to be very careful. The same story @the pedicure centre. The same night both of them are happy because they are going to get sufficient amount to do their child’s operation. The same has been informed to that guy. The respective doctor decided the operation date and the amount. But the amount was very high for the guy to afford. The doctors gave him a week time to arrange for the amount. So the guy started operating his factory day and night.

The operation day came both the fishes are getting ready for the assignment. Suddenly the child fish condition become very severe. They took him to the hospital and later things came to normal. In between there were many calls for them from their workplace. They reached the office an hour late. Already itz time for the operation so there is no room for the fishes to do their initial safety measures and exercises. The male fish was overdosed and dropped into the boys mouth. Simultaneously the pedicure treatment also started. The flu in the boys chest was contagious, he started swallowing and clearing the blocks. For the lady the skin disease was very allergic, she too started biting and clearing the allergic elements. An hour passed the excretion time came, the boy started clearing his waste and the murrel male came out. At the mean time @pedicure centre the water color began to change and there came the end of treatment. So after that recovery fishes came for rescuing both the fishes. They did all formalities to remove the foregin elements. They were not able to completely remove all the wastes. Both of them got severely infected and lost their life. “Operation success!!!  Patients Saved …..but Doctors died…  :’( “.

A week before the operation in order to save the recycling of wastes cost, the guy decided to discharge the effluents to the nearby waterbody where these fishes resides. Due to the prolonged contamination for the past one week, the water resources got badly affected and as a result all the fishes including the child fish died on the same day.

This is just an example for the benefits that humans are getting from fishes. Apart from it there are many examples like cod liver oil, mental relaxation etc. Being veggie I dont have an idea about what are benefits we will get if we eat fish. I hope some of you would know. But in turn there are no ways the fishes get benefited from us. One small request to all the industries don’t discharge the wastes to the nearby water body, it not only affects the water but also the living beings of the waterbody.The Government should take severe measures by periodically auditing the factories. 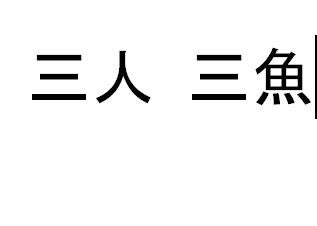 Thanks to Deepak Raghuram ( The JESUS of CBC) for handing over the BATON to me.

Deepak Raghuram a versatile blogger, a violinist , a great socialist, a great initiator always active in all activities :) :).

You can get inspired by visiting his Inpired Blog which contains numerous inspirational posts :)


This is Deepak Raghuram Six-Word-Memoir Hav a look @ his Never Die Attitude.

In Six-Word Memoir Tag, one has to summarise their L~I~F~E in Six Words. 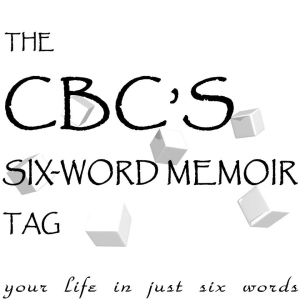 
Thanks to Kaushik for the wonderful image :) :)

Even six words seems to be too big for me, just a word is enough, to be specific Four Letters is enough to summarise my L~I~F~E .
'AMMA' - Anbu Migundha Menmaiyana jeevan Aval 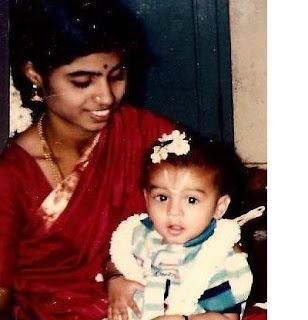 I, the son of HemaRajagopalan passes the Five letter Baton of Six-Word Memoir to Seven Lettered lady Lakshmi who blogs @ LatentinQuest . Your thoughts and ideas will get a new soul on visiting her blogs. So, lakshmi post your Memoir on the Eighth day(2/6).
Posted by sunder at 10:30 AM 9 comments:

La Roja and the power of Cuatro

No weird look… Itz a Spanish word… Every things from birth to death has a pattern which can be recognised some times and left unnoticed most times. The numbers which do play a important role in our day to day life irrespective of the religion...7.5,13,786…I hope you can understand these numbers significance. Here is also a pattern we knew that (-) and (-) is positive 7.5,13,786… (7 4( 5-1)*2 (5+1))…2 numbers considerd as negative (7.5, 13) combinely creates a positive number(786).
Likewise a number which silently followed La Roja means “The Red ones“.. team in the Euro 2012 and you knew the result Spain clinched the title.

The 4 has been following them right from the intial stages of the match. Spain’s sizzling six (casillas, villa, puyol, torres, inesta and xavi) reduced to  fantastic 4 after the injured villa and puyol left the team. This is the first instance. Also the year 2012 adds to 14.

The first match for spain was against italy where they managed to
drew with italy after a goal from fabregas @ 47th minute.

In the second match they ignited the exit of the irish republic with 4 goals, where the first goal was hit by torres @ 4th minute and a goal by silva in 49th minute.

Third match, always 3 is a tricky number…..Spain third match was also not an exception. Here spain managed a victory against croatia with a goal @ 88 minute from the subsitute. Now the question arises where is 4…..here comes the addition concept..in this match there were 3 players subsituted……so 3 players+1 Goal (4). Subsitution was taken into account since it was made @ 89 minute… 2 minutes before the end time and also the subsitute player who hit the goal. It happens…..

QuaterFinals , the 2 loafs of french toast prepared by the Alonso @ 19 and 90 by wearing 14 number jersey and also the days attendance counts to 46,145……

Grand Finale, itz La Roja vs Men in Blue…not Indians itz Italians. All expected italy.. coz of their performance vs deutscheland in the semis… Ballotelli bombed the German wall twice with superb strikes… Goal keeper was clueless ….Germans small hole in the wall was exploited beautifully by Italians. So its cuatro who can save La Roja from being plycked….Blog oda hero ve avar dhan how he can let the team down… B4 starting of the game its obvious that La Roja will win coz the match held @ Kiev…4 letters…La roja Ujala potu velututhanga Men in Blue ah… 4 times…Paala…Paala… 4 players hit a goal each…(situation can be like this also 2 players hitting 2 goals each)….next their goal sequence… First goal came @ 14 th minute…. Second one @ 41 minute….Third one @ 84 minute…fourth one @ 88 th min?????????…got your mind voice….eppadi na..( 84+4….). Finally Cuatro… Clinched the cup for the La Roja….. Don under estimate our hero the cuatro he not only clinched the cup….but also Golden boot for Torres….La roja la oru raja…..he got it for (3 goals +1 assist = 4)..

There will be a lucky champ(number) for everyone…go discover it…Life will be beautiful….Long live La Roja and cuatro…... 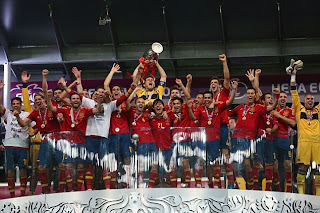 Posted by sunder at 4:20 PM No comments:

Email ThisBlogThis!Share to TwitterShare to FacebookShare to Pinterest
Labels: 4, Spain

Its normal Human tendency to Whin @ darkness of the others, rather that praise their Strengths. 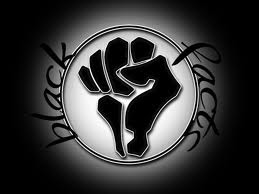 Ever since your Inception, the Prestige of the world cinema has increased.
You are the Man of Steel from the “EYE“lands of Insomnia.
The Dark Night in you Rises with the Batman Begins.
Still I’m Following your Amazing Shadows as a Doodle”Bug”.All your creations will be consider as a Memento for the World Cinema.
Eagerly waiting for your Future “Bonding” projects and also the Man In Red “Robin“, the Dark Knight’s Successor. 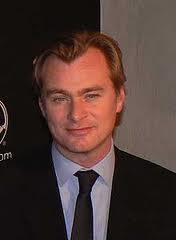